You should check out the link, the pictures are unbelievably amazing… :)))))))) 22 Unbelievable Places that are Hard to Believe Really Exist

When telling the headlines of a day or conveying a message, too many would like to begin with the bad news moving to the good news. Unlike those people, I’d like to start off with the good news of what happened today. I watched a new movie called The Internship; it talks about two salesmen who have very limited skills and are unemployed. They do their best but end up faking a job as interns at Google. They are the oldest dudes at the campus but the ones who could make change and inspire the little geniuses in such a playful and thrilling way. Besides, I’m now practicing more English talking to many American friends through Skype as well as reading as many blogs and books as I can, that actually helps a lot.

Moving to the bad news, my smart phone’s screen broke today after it fell into the ground. I have to admit that I’m against calling them “smart phones” because they’re not smart, they do just what we ask them to do, even though, they sometimes aren’t capable of functioning in the right way. On that score, I suggest they’re undeservedly called “smart”.

However, it annoyed me a little bit because I don’t have excess money to change the screen or get a new phone but that’s no big problem because I still can do without it and it’s still a material, I mean it’s just fine. If you disagree, wait till you listen to the bloody news.

At 4 p.m. while I was sitting with my mom in the kitchen cooking lunch, my youngest brother who’s 13 years old, knocked on the door hysterically. I was shocked actually and it got on my nerves until I opened the door to find his face and clothes covered in blood. He was shacking and very scared. one of his friends hit him by a stone while they were playing and it happened to strike him in the head above his eyebrow directly. Our neighbor is a doctor; so I ran to his apartment, rang the bell immediately and asked him to check up on my brother. He said this wound needs to be frowned as soon as possible. We took him to the emergency room and everything was fine then.

That opened my eyes to the blessings we wallow in everyday without even knowing that we’re blessed. At the hospital, I could hear many kids screaming and crying, a girl in her early twentieth was crying and moaning because she was hurt, an old man who was being hit by electric shocks to help his heart beat again after a heart attack and much more painful incidents. Thank God, we are healthy and in good shape, thank God we are well-off and have food on our table, thank God we are sane and able to control our minds and actions. Next time you think about complaining, please, give it another thought, you are blessed.

“Better to light a candle than curse the darkness”

A few years ago after I attended the faculty of engineering, I used to think that everyone eventually graduates no matter how lazy he would be and that it will never take anyone more than five years to graduate unless he/she is extremely stupid or has something wrong in mind. Well, four years later, I realized I’d been completely wrong; it might take many more years to graduate not because of stupidity or ignorance but based on wrong decisions and underestimating the value of good preparations.

Admittedly, my realization was a bit too late. However, what helped me figure out this kind of thought was a friend of mine who’s most of the time complaining about bad decisions taken on his behalf or to put in other words, he was forced and obliged to take such decisions to find out later on that he’s the only one in the wrong place. sometimes, I feel complaining is the least thing he could do but the fact that times passes by is truly blunt and rude somehow; I mean he’s stuck today but he didn’t choose to be here and he’s seen this coming ages ago but everyone in charge just refused to take his opinion into consideration.

Moreover, he often blames himself for that he should’ve moved to a backup plan earlier and here where I beg to differ. When you strive to make a difference, to change, to push and move on and nothing changes then it’s called destiny. You’ve done your best but it all fell through, that’s not your fault, it’s just something meant to happen with a reason to be discovered later on.

Hope for the best but always prepare for the worst. Your plans didn’t work out due to whatever reason but you still live in the present, it’s now, it’s today. You don’t want your tomorrow to end up like today or yesterday, tomorrow should include good and pleasant news and that only comes with even better preparations. Your past won’t change anything in the present; it’s merely a lesson to be taken advantage of.

I can’t just blame myself for the lost time and that I should’ve been more aware of the possibilities of my laziness. On the contrary, part of the awakening is to start over now with discipline to avoid any upcoming setbacks. Regarding my friend, I’ve told him to stop dwelling on his past and what could’ve been done or not, dump all your issues away and go ahead, move on, just move on. 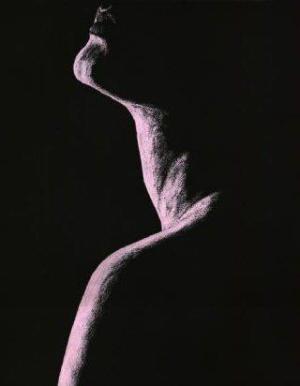 I’ve received an email from a dear friend today explaining to me new facts about myself I seriously didn’t know I have or to put it in better words, I suffer from. I am going to share with you the email in case anyone would find that helpful in some way.

“The poem is interesting, but what concerns me more — I don’t know whether I’m reading you correctly, but based on how I’m reading you — what concerns me is this sense you have that adults have purged themselves of all their bad habits and failings. I don’t know a single human who doesn’t have their dark side – their shadow – as a constant companion. The goal is not ridding oneself of every bit of it. The goal is living a life that isn’t controlled by it.

That’s where I think you’re getting confused. I think you’re looking at other people and you believe they’re so good that they’re pure — really, REALLY pure — and you want to be that pure.

They just are not that pure. Maybe they won’t tell you that. Maybe it’s in their self-interest to maintain an aura of perfection. But no matter how much you admire them – no matter how much they deserve your admiration – they’re still human beings.

I’ve seen a lot of my personal journey become about learning not to give in to my shadow AND not letting it control me.

And I learned that it was NOT best to try to control my shadow or eliminate my shadow. I learned it was best to accept that I had that shadow / those shadows, and that I could put distance between me and it / them, but they would be my lifelong companions.

The Eye In The Sky

Today, was the National Hug Day, I hope you all enjoyed your hugs. Everyday is a hug day, just go for it.

The past two days were very useful and helpful for me; I’ve been experiencing the same old things I used to do but with different style this time, a more fulfilling way to do what you like to do no matter had good or bad it is.

I decided to let my imagination run riot and let myself go wild. I wanted to just have fun away from thinking about the future or being worried about anything in this world. That actually gave me the opportunity to experience new horizons and opened my eyes to how harmful the bad things would be.

Yesterday, I just wanted to amuse myself in a way I think it’s considered a sin. Yes, I was a big sinner yesterday and enjoyed that. Had I refused to go willingly, I would’ve had an endless conflict fighting my demons and shadows which would end up with such a bigger sin for a longer time. So, I thought it’d be easier and more satisfying to give myself a day, do what I can do, and then start over.

That would be wrong because the fight is meant to help us become stronger but sometimes it’s just good in some way to enjoy the ride.

1. Take a break, don’t just be too serious and hardworking all the time, assign a day for yourself to have fun and laugh. I’m not saying it’s right but it’s surely wrong to always be nervous and uptight.

2. Have love in your life, have faith in your heart. As I mentioned before, love is a great mover and motive. Remember the last time you felt in love, you would do the impossible for the one you love. You can also be your own lover; love yourself and do what would please this lover.

3. Greed is evil, forgiveness is divine.